Next Level in Provincetown MA 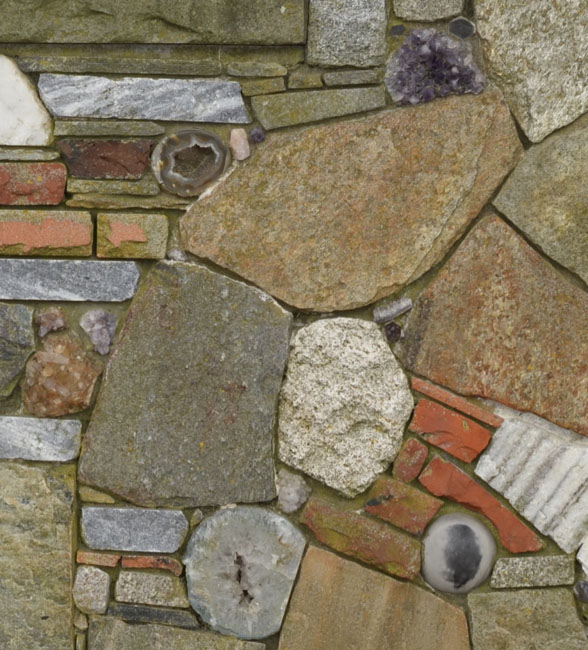 P-town's one of my favorite places.  During the winter of '78 I lived in an unwinterized A-frame overlooking a salt marsh in Wellfleet.   I was 21, all but surgically attached to a pair of dearly beloved combat boots, and determined to read nothing but female writers until such time as a man managed to produce something sufficiently interesting to break the instinctive boycott streak*. I read and wrote and roamed around sandy roads to nowhere with the scents of bayberry and scrub pine all around me. Spied admiringly on Marge Piercy slinging her garbage bags (sometimes one handed with a steaming mug of coffee cupped expertly in her other gloved palm) in wide arcs at the town dump.  Wrote long letters to J. in my illegible handwriting which he keeps bundled in his bottom desk drawer.  I've never asked to read them.  I presume they are self-conscious yet emphatic Musings on a variety of subjects suitable for cringing over or forgetting cheerfully sight unseen.

I forget what night of the week it was but I definitely remember the ricketty shack of a P-town drinking dance club where off-season people would gather to cut loose in a loud sweaty tangle.  I'd drive out occasionally.  I quite liked all the components of being there except the reality of other people wanting and all too frequently expecting to dance with me.  I did not want to be Bothered and so I'd usually wind up walking along the deserted thoroughfares with the blaring music still slaloming through my head.  Never dreaming J. and I would someday have an off-season honeymoon here amidst gale force winds and a swirling nor-easter snowstorm.  Or that, as we aged, we'd laugh and laugh about all the things in our life that would have horrified the young 20's versions of ourselves.

[spoiler alert:  That man would be *Howard Zinn/People's History of the United States.] 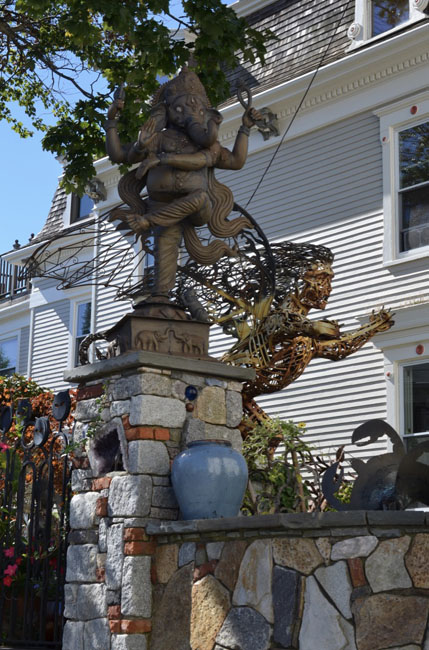 The town at the place where water meets land contains a rich history of different artist groups and colonies.  I will be posting more about that at a later time.  The pictures in this post are of a specific privately owned property a few steps off the town's main thoroughfare.   To be Next Level - on pretty much any level - by Provincetown standards is saying something.  And this particular Place is saying volumes. 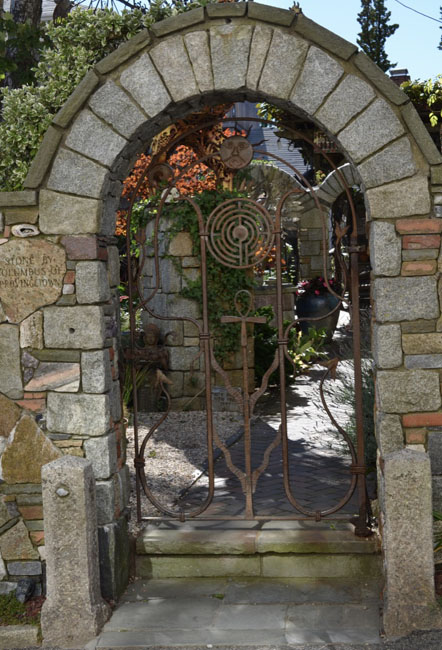 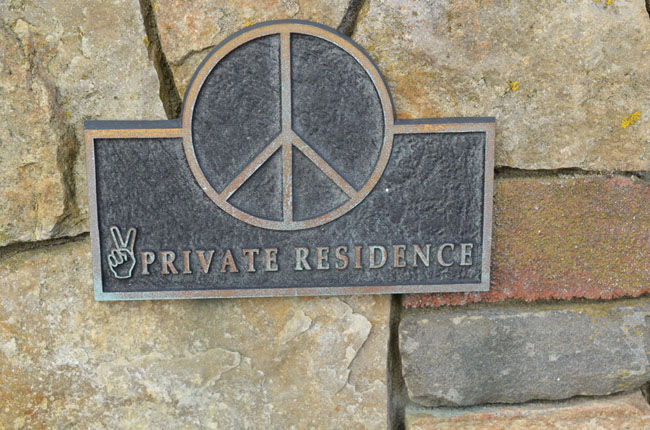 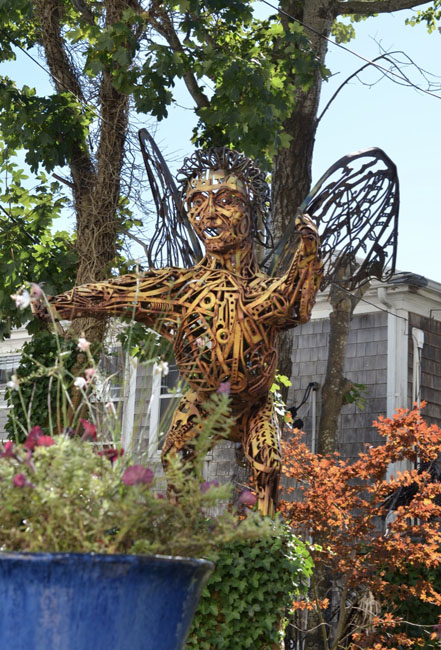 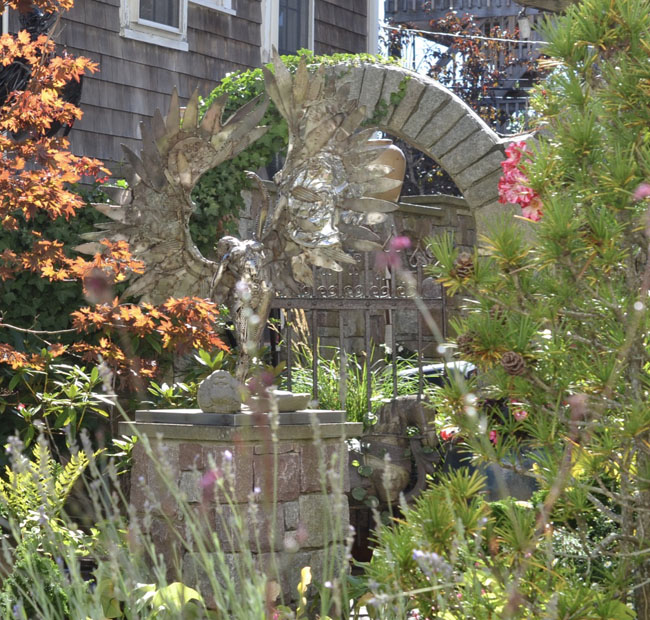 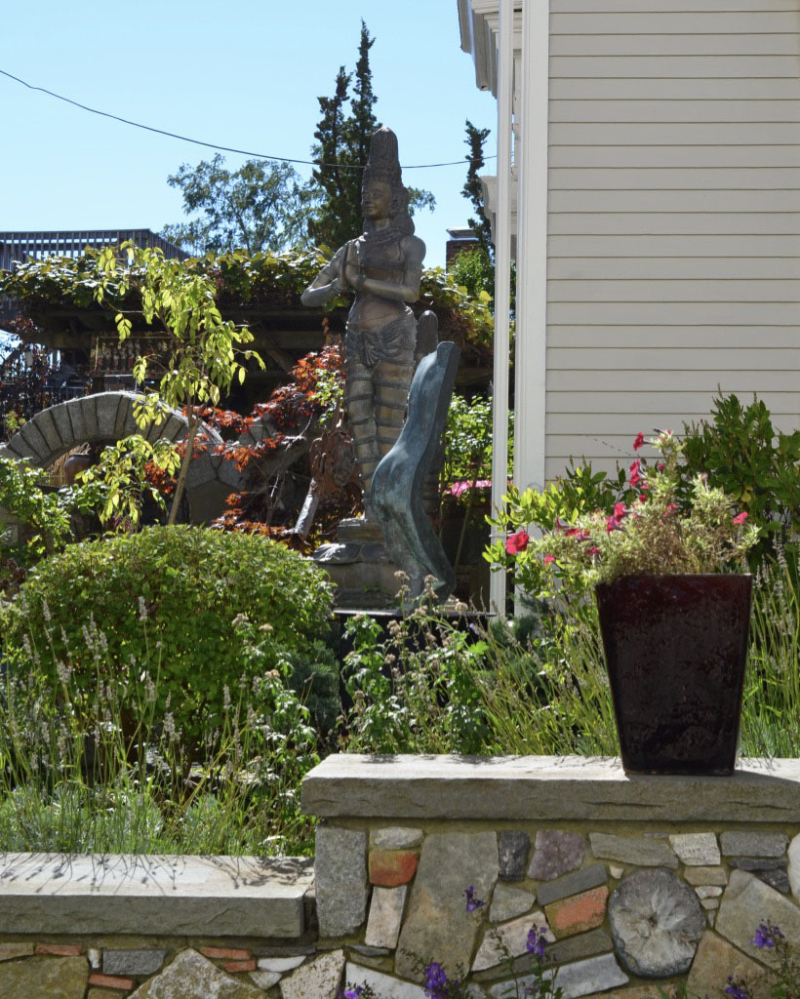 [really love the way the Buddah and the snake look like a collaged element.  plan to make copies so they can be used that way.] 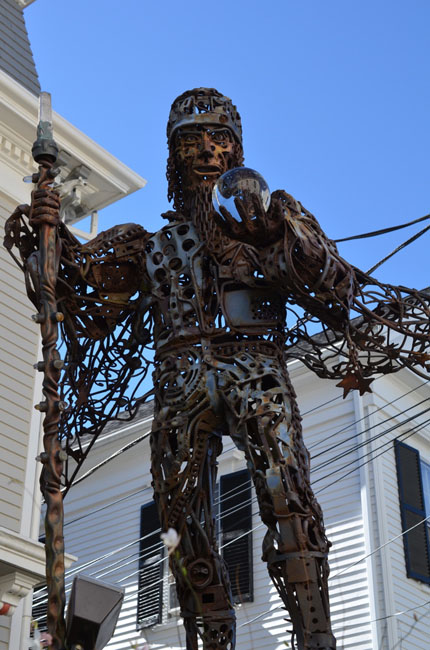 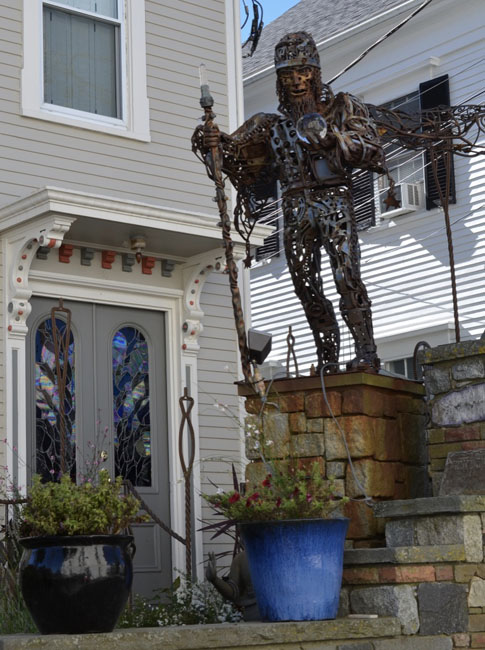 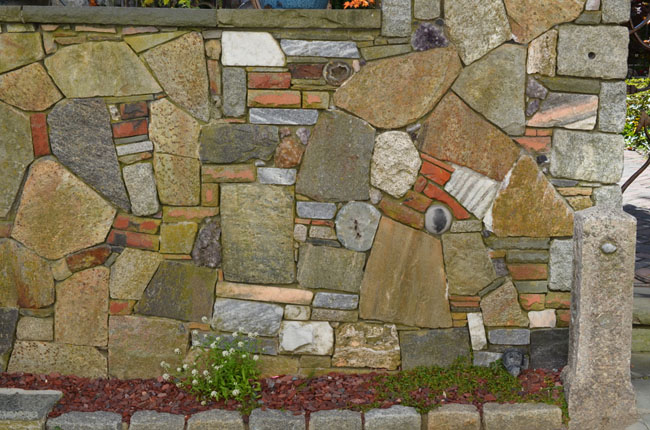 love that wall with the crystals set in it!

ahhhh ... honeymooning by the sea in a nor’easter snowstorm ... ours was late late December 1977 in the all-but-deserted Hamptons on Long Island ... we lasted three days until our money ran out (the motel we stayed in was $24 a night off-season)

always wanted to visit P-town and the Vineyard ... maybe someday, but your picture travelogue is a wondrous substitute in the meantime

Mo - The archways and raised bed retaining walls in the courtyard are all the same stone and crystal paving system. Right by that private property sign so I didn't get obnoxious snapping through the gate but WOW. Would love to go on a gawking tour of the inside!

Liz - selecting these images inspired me to start thinking about a Trees of Provincetown post for other blog. Have never been to the Vineyard but my husband and son have taken the ferry over to daytrip a couple of times. Provincetown, on the other hand, feels like something of a psychic second home. To the point where I will read any novel I encounter that's set there no matter how implausible or threadbare the plot.

That's a fun connection to have - nor-easter honeymoons. 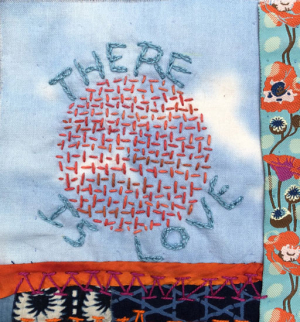