Home Archives Profile Subscribe
piece by piece .1
parrots are swirling in my studio 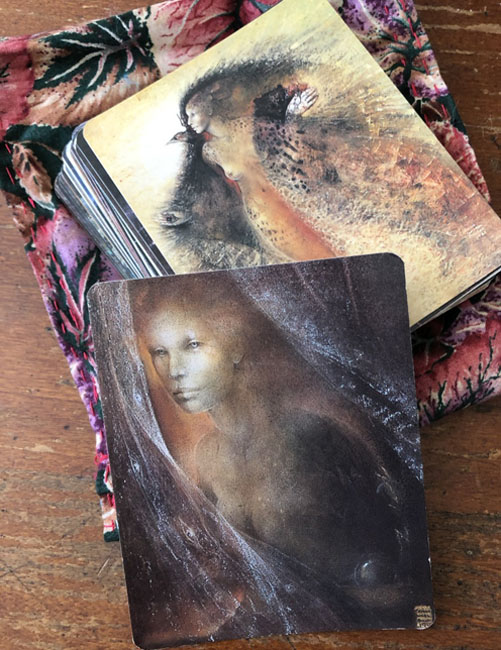 ETA:  Some first rate writing from Molly Jong-Fast in Vouge Why I Am Not Leaving New York.

word tincture is becoming THE currency rather than ancillary background to image as All.

Back in the mid & late 90's I had several UK friends who were quite gifted astrologers.  Each felt that my natal chart "explained everything" -  whatever that may have meant to them when they said it.  Most other remarks/insights were far less cryptic. The most consistently on-point and directly relatable to my life came from a woman who understood the best way for me to both know myself and consistently play to my strengths was to set a course of ongoing pragmatic activity that was nourished by constant meditation on solar-lunar polarity and how necessary it was to seek impeccable reflective balance one into the other.

One thing I've been doing ever since:  Begin each shift of seasons by drawing a solar and lunar card to represent energies that needed and deserved my attention for the season.    I used to work with the Motherpeace tarot major arcana but for years now I've been using Susan Seddon Boulet's Goddess knowledge cards from Pomegranate Press.  As winter shifted into spring I was somewhat delayed in finding the time, space, and centered frame of mind I ask of myself for this slow-down-and-root-Beyond ceremony.

Yesterday I gave myself moon-in-Taurus rooted energy.  Spent all my studio time cleaning, sorting, and figuring out creative uses for (or storage of) things I'd planned to take to our town dump's freecycle station.  They shut-down recycling until further notice and I doubt they'll re-open freecycling at the beginning of May.  Or maybe ever.  Spent all of yesterday contemplating the shift of my personal expectation/needs sliding scale.  This proved more enormous than I would have imagined.  But eventually it led me to centering enough to recall I had yet to pick spring cards. 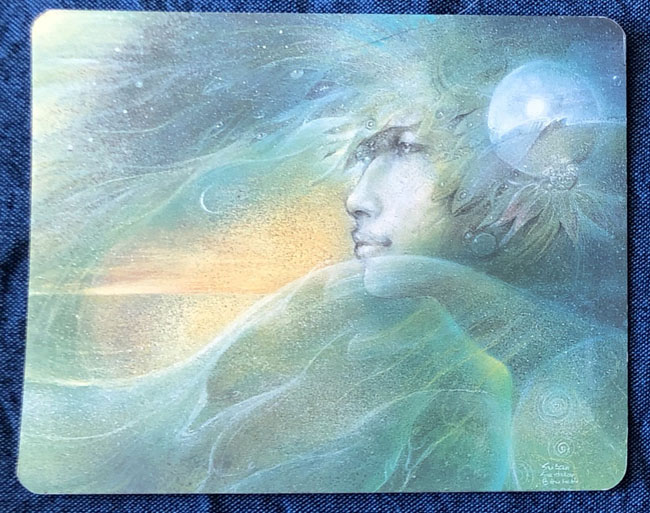 My solar draw was Hina.  I am aware of her place as a Polynesian creatrix goddess and have certainly admired this portrait thousands of times but have never pulled the card so far as I recall.  a snippet from the back of this card:

Hina is perhaps best known as the woman who lives in the moon...[She] represents that part of ourselves that creatively brings forth nourishment even in the midst of what appears to be death and decay. 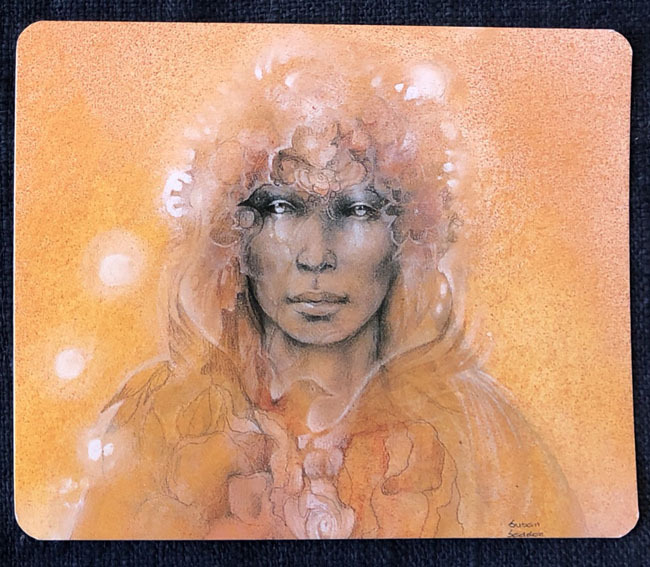 Lunar draw - Flora aka Flourishing One.  This goddess presides over nature and the spring season as well as that phase of the human lifespan.  She is extremely familiar to me but I've never drawn her from this deck.  Was ruminating on that over the course of last summer.  When I pulled the card I took my time reading the card's text and how it connected to this particular moment of time.  Thought a lot about how Floralia - often presumed the beginning of the Maypole ritual - aligns with a time in our impending collective experience that hinges on people paying attention to life/death information that's being actively shuttered on an ongoing basis.

I also felt validated in my sense that my own personal emotional/psychic/mental health depends on seeking out corners of suspended pleasure and joy throughout the day and evening.

Flora teaches us to honor growing things, both inside and outside us.  She is a reminder to pay attention to pleasure, to the beauty of spring, and to new life, wherever it is found.

Meditating on this pairing guided me to resume and complete the re-building of a long artist's altar here in the studio.   Solar and Lunar energies and talismans are fairly even in distribution. Last night and this morning I completed the finishing touches on this space.   Have also selected the below pairing as my studio reading material for the month of April and beyond. 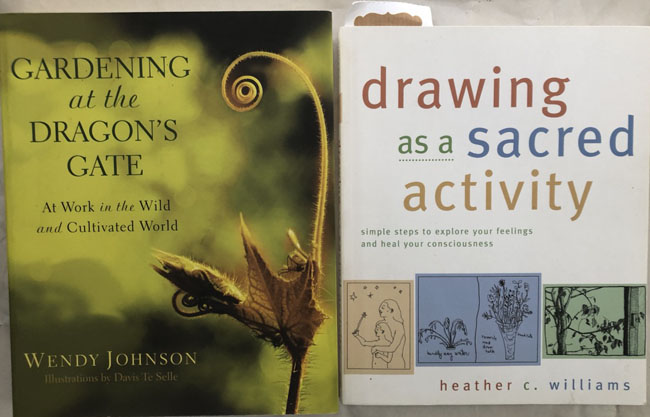 How is everyone else balancing their own forms of inner/life/creative polarity in these evolutionary times?

Susan Seddon Boulet's art holds such powerful magic, around the same time as you started working with the Sun/Moon polarities I discovered the Mandorla, an ancient symbol of two circles merging together to form the Vesica Pisces the liminal space where anything can happen

I love your "space" ... and the feather in the incense burner especially held my eye ...

Liz - seems we are in a natural stage of life where we all benefit from sharing our accrued experiential wisdom as well as relational 'sound bytes' gleaned in our various fields of professional expertise. The extraordinary focal points of this specific time frame weave in and out of what we share in ways that give even our most familiar bits of narrative greater depth and insights worth pooling collectively.

There used to be a tiny clay coyote howler attached to that incense holder. Don't remember what happened but I do remember being pleased to discover how well the change accommodated feather display.