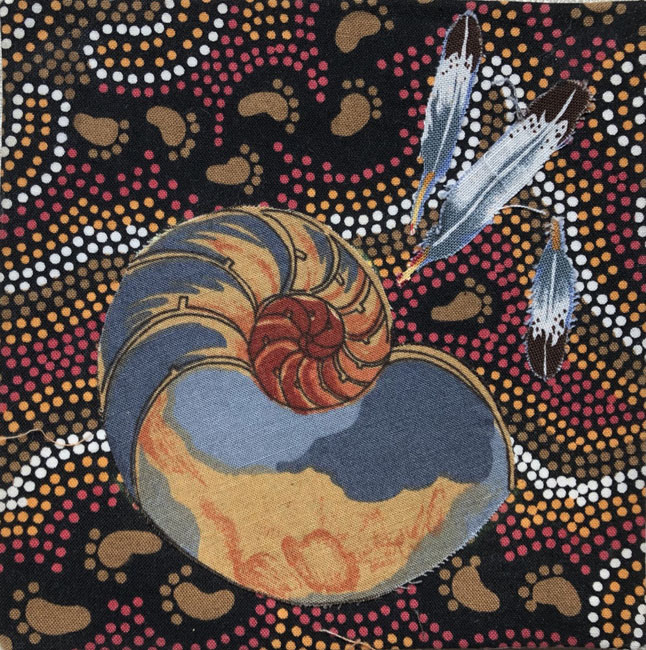 commercially printed cotton fabric glue-stick collage mock-up of The Hermit card from an unnamed oracle deck of my own device.  Tarot-centric but only as a jump-off in terms of symbology and its placement throughout the deck . 5 x 5 recycled cookie packaging substrate.  circa 1999.

One of my long-term ultra slow creative endeavors involves collaging a full deck of tarot card prototypes with quilter's cotton prints.  If I can get that managed I've envisioned painting myself a one of a kind deck - thinking I'd use the prototypes as reference for creating and completing the deck.  I mentally committed to this in the late 90's a/k/a a time when today's calender numbers felt waaaaay in the future.  All the same I've always kept the cards readily to hand as if I might re-commence engaging with the process at any moment.

About five years ago I unearthed an unrecognized and uncharacteristically small notebook in which I'd written (undated) about the specific types of wisdom I'd gotten old enough to appreciate as a matter of ongoing progress and process -- the tricky business of having more confidence expressing myself in relationship to both painting and successfully creating a viable tarot deck to use for my own readings.  Am now planning to start working-out the concepts as rough graphic mock-ups in my current favorite sketchbook.  Maybe collect and collage a few relevant color stories and also a small glossary of relevant glyphs and similar stripped-down symbols to fit the themes of the cards.

turn something chronically loose and fancy free into something actively structured and officially recognized as a Thing I'm doing with intention to complete it in whatever way providence wills. 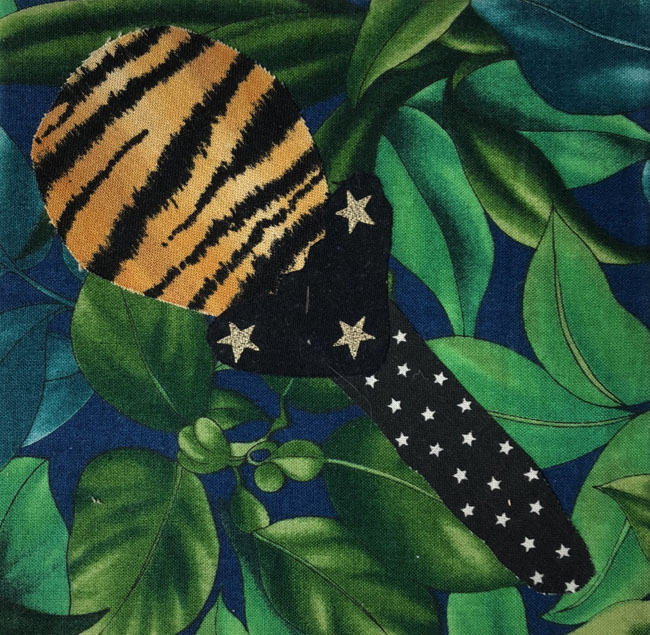 For the earth cards I'll be embedding the original five pointed star from the traditional assignation of pentacles.

In recent times I've been spending 3-5 hours most work week days in fictionland.   Really like what's happening with both the novel's particular story arc and also the way it's had such a positive settling and grounding impact on my daily ebb and flow.

When I'm out in the garden I tend to think more about non-fiction writing endeavors and goals.  More specifically I think about my planned organization (and far more to the point - congruent elucidation) of subjects related to areas of long term interest.  It's frustrating me how long it's taking that seed of intention to germinate effectively.  Feel like I need to give this level of planning enough form so I understand why I'm drawn to continuing.

~*~grace's influence.  know why before proceeding. it might change what you bring along with you and also what you choose to leave behind.~*~

Over the past five evenings I've spent something like 1.5-2 hours a night reviewing individual segments of accumulated daily writing sessions.  Bringing both the text and its story-serving context to a stronger voice so as to get this draft beyond the skeletal stage one paragraph at a time.  It is as tedious as it is engaging.   It's also somewhat unnatural or at least well past contrarian (whenever I'm not actively engrossed in writing or thinking about writing, anyway ...) to prize and consistently foster an ability to disconnect from reality simply so one might develop A Story and then persuade others to engross themselves in something that doesn't exist right along with you.  Avoiding distraction - especially those caused by some place/somebody/something real - so that I can commune instead with one or more imaginary people during any given block in time.  I like to keep in mind that's what I'm doing in the final pragmatic analysis.  It keeps me real and consistently demystifies the process as well.

In any event all the imaginary people live in real places so I suppose there's that tenuous connection between hemispheres of cognition. 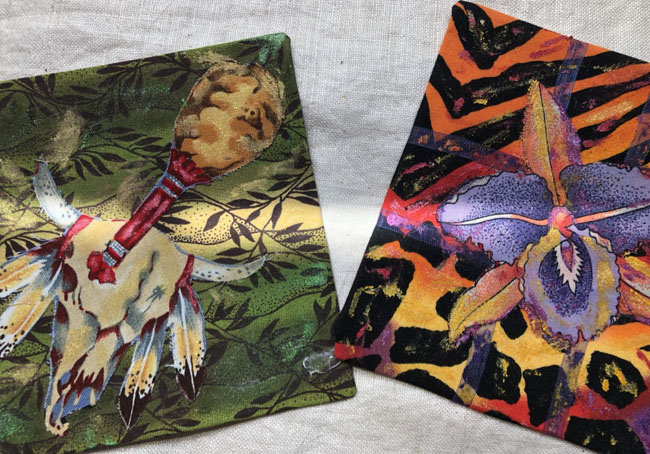 the deck's first of two sacred pairings bond male and female energies traditionally called the Magician and the High Priestess.  I re-named those archetypes Big Medicine and Enchantment respectively. 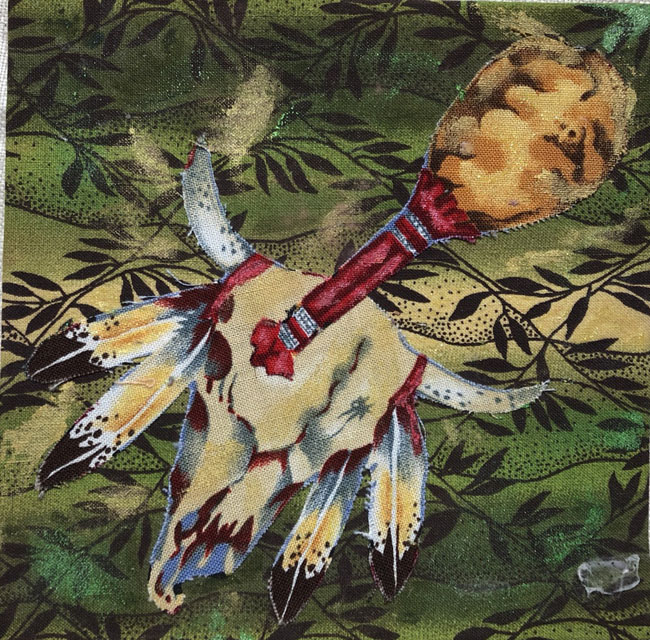 I began making these cards after much encouragement from some UK friends who felt I had the chops to do it even though I did not.  Chose at once to work with a square because I very much liked the idea of geometric grounding/containing the experience of creating and reading these cards.  It also gives my reading interpretation a little more room to grow on both its vertical and horizontal axes. 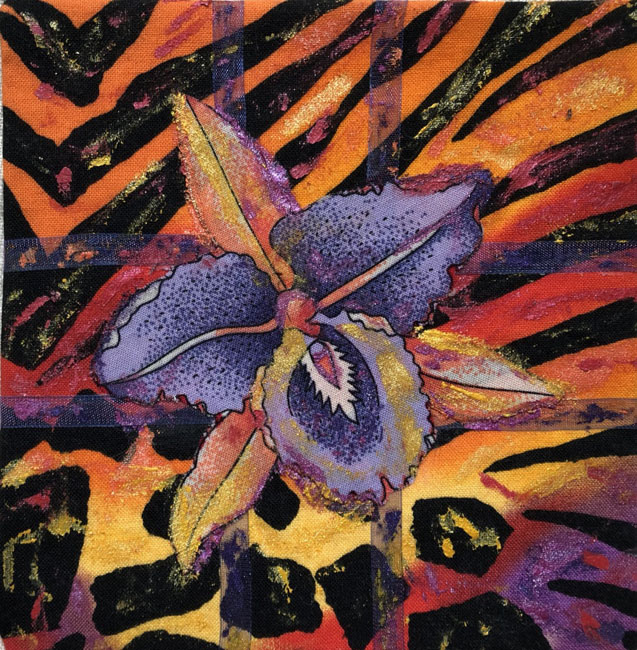 I've not designed a lot of cards or otherwise come close to justifying how long it's taking me to get immersion-level engaged.  But I do have an excellent reason.  At a certain point I grasped I'd have to start learning to paint one slow step at a time or I'd have no idea how to succeed once I was ready to paint these cards and then tried to learn how.  Learning  to simply handle paint of various kinds is proving to be far more compelling than creating cards to match the vibe and feel of what I started so long ago.  Especially since I set them aside, as one would, after the ongoing burning passion phase of tarot involvement seemed to have left the building.  Until it came back rather suddenly and without preamble.  That occurred maybe 3 months before the collage challenge and Liz sharing ongoing additions to her splendid Texas Tarot project.

It interests me - how things once central to our sense of creative engagement can recede and yet rather than compartmentalizing it off to the side a person could let that medium and methodology stay relevant enough in their ongoing life to return to slow moving projects at other points in time.  Creatively this often brings a level of subliminal cohesion and mapping ability into play at the design level even/especially when an idea is very fresh. 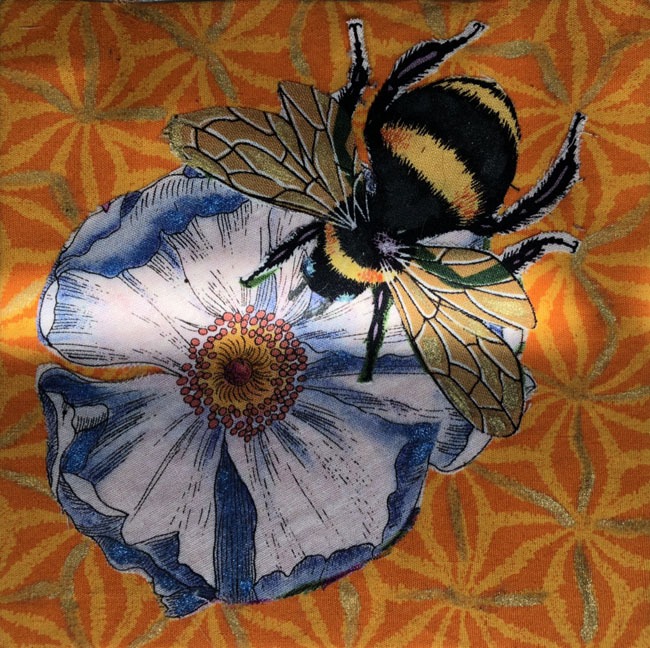 As for the other sacred archetypal pairing within the Major Arcana  - The Empress could only be distilled as Fertility. 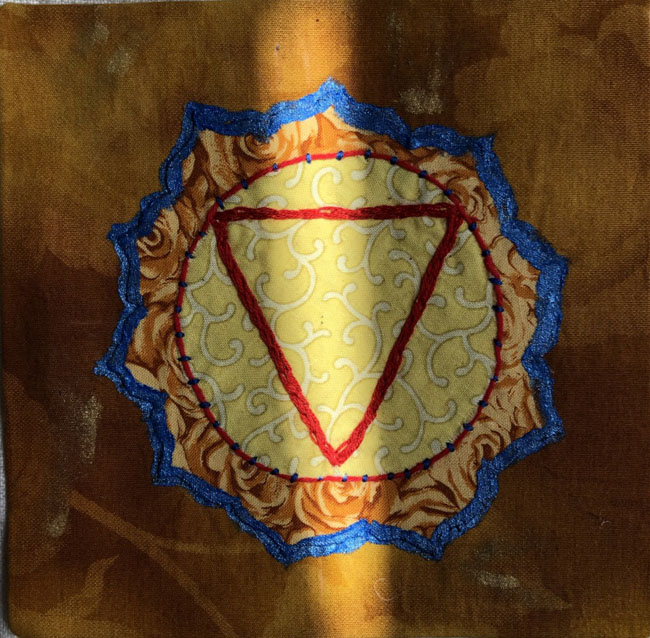 And the Emperor as Volition.

Most of the prototypes I've created are major arcana.  I also created all the aces, an alpha/king and the minor card that dismayed me the most at that point in my life.  At the time the 9 of swords (arrowheads in this deck) showed up so much that I stopped reading for myself and spent that same amount of time and level of effort in routing-out my seemingly endless inner cascades of fear & anxiety.  One thing that helped a lot was articulating how the card felt to me any time I saw it there on the reading cloth.  And then translating that to a prototype: 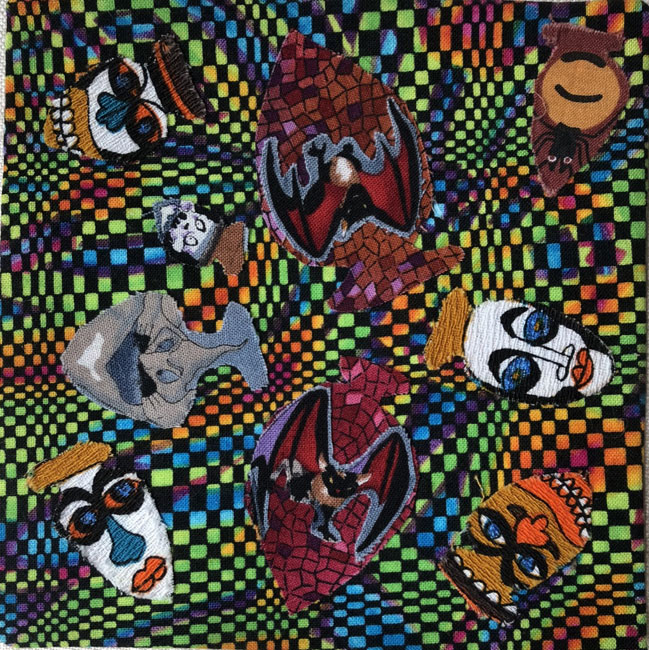 In recent times I've been re-considering these cards and the others I created so long ago.  Never actually put them away or otherwise 'cancelled' them.  They've always sat on the long artist's altar in the studio.  One day when I was walking past them I glanced in their direction and asked myself a question:

what if tarot cards are like flower essences in that those that interest you the most - the essences you feel you really need - are those you need to learn from in order to express slow but clear understanding that what you feel beyond words also has the capacity to express itself in spoken and written language?

It would seem that, for me, "needing to learn from the most" relates quite tangibly to my ongoing creative lessons that all seem to boil down to learning how to complete things to my own satisfaction level.  In the past I've always believed if I put something aside I would pick it up again when I had the chops to complete my original idea in some form.  In this case I don't need to successfully paint a deck of cards that I actually use or share with others.  But I do think I owe it to myself to finish collaging the proto-deck and sketch-level paintings.

Have also been journaling of late about my seeming disconnect to collage more generally.  This led to an awareness that this unwelcome development first bloomed right around the time my style and construction objectives became some other previously unknown thing the more my rational mind imploded many times a day.  For all the same reasons so many other peoples' minds have been similarly imploding plus my kid being so ill.  The point is that the shifts in style are actually perfect for digging into the nuts and bolts of creating more collaged tarot card mock-ups.  Not to mention getting my desk set up for more  sketch and paint exploration.

I seem to be coming back around to where I'd originally hoped to be by the end of February in terms of how I'm using studio space as well as my time within it.   Maximizing my creative output is the most reliable way I know to keep an effective counter-balance to the mayhem and escalating sense that all of life is becoming one harsh dividing line after the next. 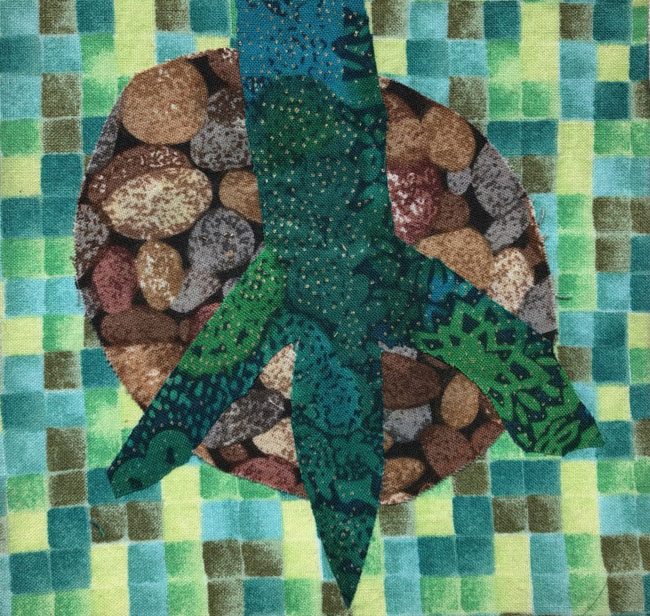 You write of things I've not really explored, so my understanding is small...but you inspire. As I scrolled down, reading, my first glance I saw 'justice' as lungs, perhaps because my asthma has been crazy.

Hey Nancy - am so sorry to hear about your asthma but glad you are inspired! I need a mask when I'm working at length in the gardens. Our pollen count and loose particulate levels lowering the air quality has been a challenge this year. It's just going on and on instead of settling down.

Lungs will appear on the World/One Planet card. using jungle print fabrics to represent the rainforest being our planet's lungs.

good to see your take on the Tarot!

Thanks, Mo. Just basically steeping in New World elements and symbology that relates to a similar calendar timeline for the development and evolution of tarot decks as well as the underlying components of the cards' unique visual cues. Wish I'd found a way to be a lot more diligent in developing the fabric collage prototypes!!

diligent...i smile....
these are breathtaking images and i am as always i am, just so amazed by your ability to
CREATE SO MUCH...in just a single life ....i am in wonder of that. Really.

I have been this way since I was quite young. It's the thing that ties me to myself, when all is said and done.