an exorcism of sorts 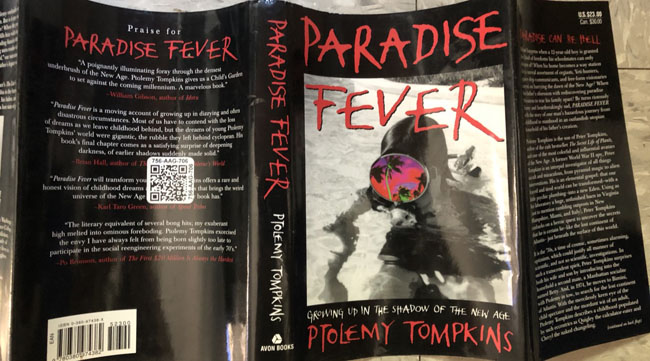 Yesterday I woke up understanding that my plague of a headache was finally in the rear view mirror.  By the afternoon I was able to laugh at a friend's short declarative sentenced description of my annus horribilis experience so far.  The dumping-on of the traumas and deaths and difficult news has been beyond overkill but that's what it's been for me so I gotta find my zen with it.  Being able to laugh at just how crucial it IS that I laugh was basically more important to me than the absence of head pain.  That yields gratitude that I didn't have to choose.

In the later afternoon I received the following email from my friend:

Collage prompt : What does the sentient being who has been messing with your life the past 6 months look like...

And I went from old dog grieving for a departed human to my hell yeah mode just reading the words.  Because as soon as I saw it I realized it was exactly what I needed and wanted. And by nightfall I had gotten this far: 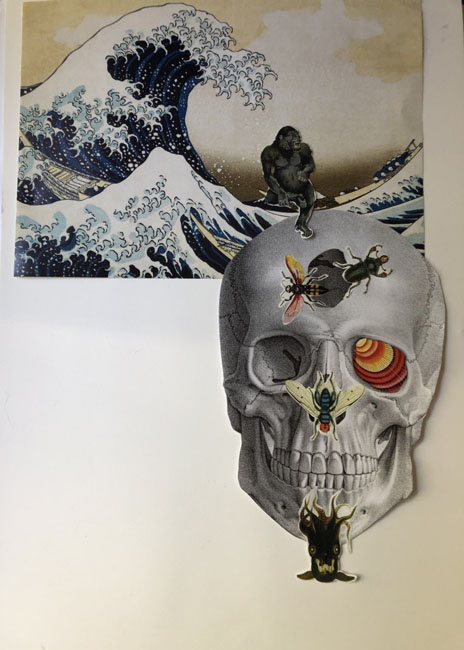 And I felt so much lighter.  So much more willing to believe that in another day or two I'd feel ready and able to kick ass as need be.  And that in the meantime it was okay if I continued to move very slowly.  Yesterday I had potentially wonderful news and even if that must be tempered it was solidly good.  Also harvested a very large basket of tulsi flower buds and leaves.  Too many to fully process last night as their soothing and calming scent and vital oils overpowered my body and soul.  So I brought the remaining cuttings up to the studio early this morning to complete the garbling process.  And don't worry.  I removed that spotty leaf once I noticed it.  Yesterday afternoon I heaped that entire large basket with budding stems. 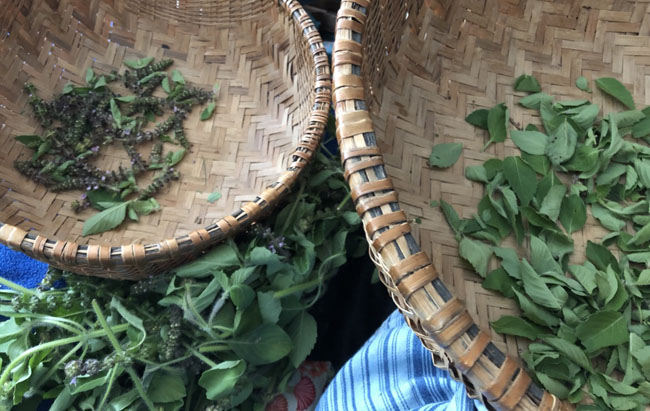 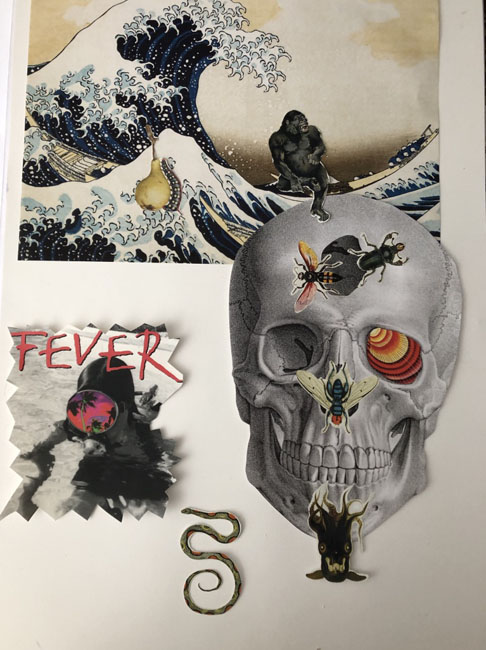 Thought I was going to do something else with the Ptolemy Thompkins book cover.   But this completes the taunted threat.  Also as a side note:  this book is one of my favorite memoirs ever.  We have one degree of separation by way of his father Peter.  Uh-huh.  That Peter Thompkins.  He was at our house twice.  Mega-weird times especially for the offspring of the mega-weirdest.

or something.  Ptolemy writes beautifully, that's all I'm saying.  Have read his other books a couple of times each.  Will re-read this one last time before I gut the covers and turn it into my next woodshedding paint-oriented sketchbook/journal.

when everything mixes itself together This is a piece of musical past tense that generally rides everywhere with J in his truck.  But.  J. is rarely in his truck these days.  I originally asked if I might borrow it because I'm a person who believes every book - fiction or non but perhaps not poetry - has its designated album accompanist.  So I've been listening to this off and on every once in awhile with writing as the background purpose.    Now - just because of my personal timeline associations with the songs - I've been listening to it while mourning the end of someone's life by recalling a time in our shared existence and birthplace when we rose up - along with many others who walked around feeling extremely other-ish - in a collective kind of swagger and said okay we are this new thing.  I can get the same feeling from Ziggy Stardust and also the David Essex single Rock On.

remembering things about someone who was adamant in his wish to re-main un-eulogized.  Lots of them.  perhaps the most important being the all caps bolded email he sent around to a disparate group of us about a month ago:

do not emote over me on the internet.

so okay.   Instead here's a few paintings by an artist we both admired and studied somewhat obsessively both independently and together over the years of scattershot and deeply rooted connections. 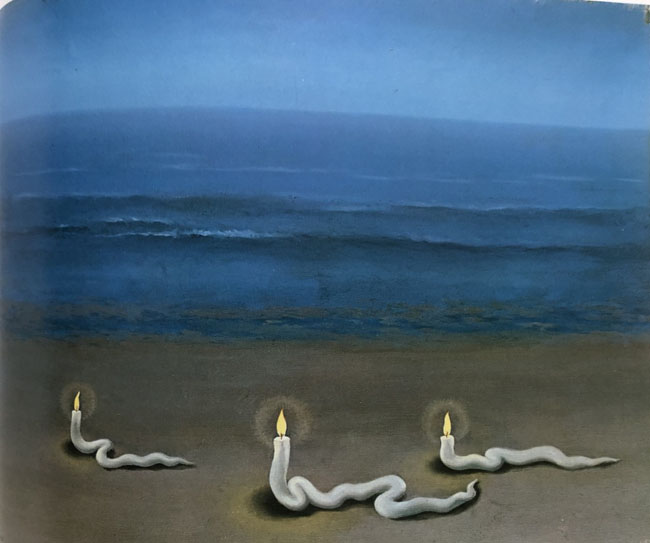 how I am holding myself steady in this moment I always fully believed would go the other way around. 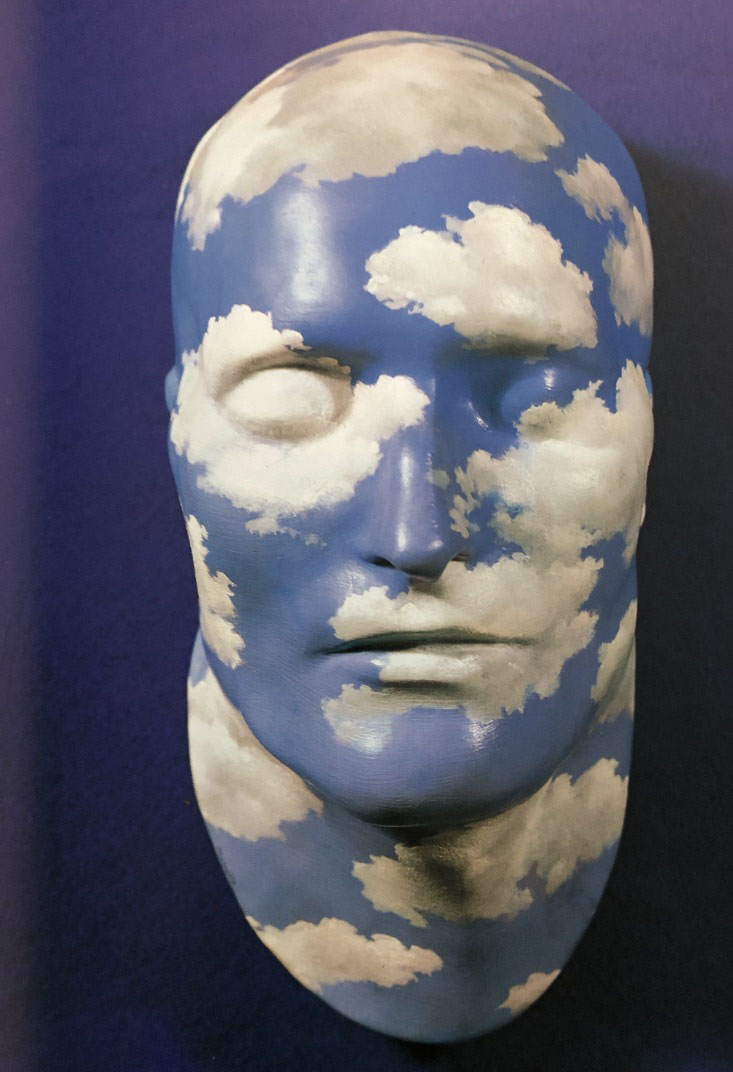 rick's favorite Magritte painting.  started saying in his teens that he aspired to becoming this specific projection of himself.  i said but it's a Painted Plaster Mask and he said exactly.

Yesterday I 'admitted' my grief process in a comment on Mo's blog and her reply referenced an Edvard Munch painting The Scream as a surrogate for where she was the day before within a similar process.  And how the release pushed through the emotion and reached pro-activity.  I sat for a long while at the table staring into space thinking about the fact that my experience is proving to be a lot more like this: 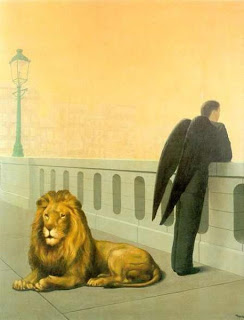 which happens to be my own favorite Magritte, Homesickness  Have always identified strongly with the black-winged man longing to be somewhere else.  Still do.  But in the months of knowing this was coming and what it might be like moving through it, I feel like I became the lion my friend has always seen me as being.  But I was also that lion particularly to myself.  So that I could get here within my soul and spirit.  While now, more than ever in my life, identifying so very strongly with the homesick man from another Place entirely. 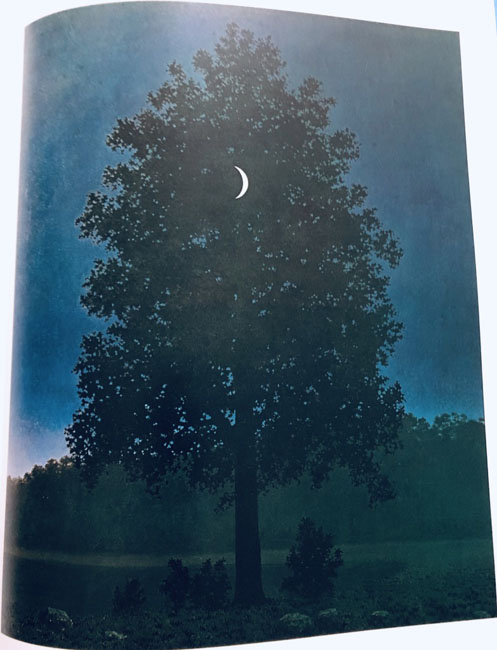 and stitch a collaged mandala of memory, emotion, and the shared ongoing life swagger of what we perceived an electric warrior to be.  To become more of who I am by living in a far greater degree of Solitude. 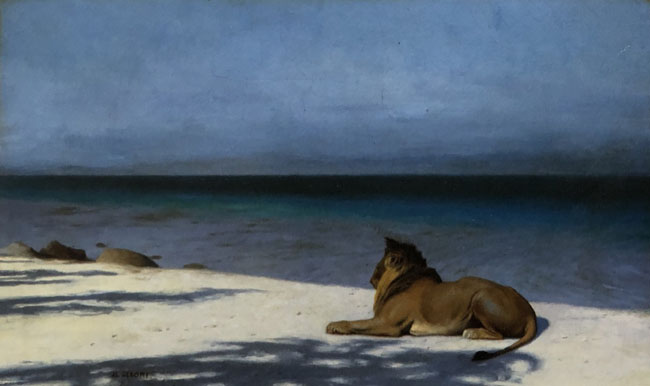 This is my favorite painted lion.  It used to soothe me tremendously and then the more people (including J) who tell me I'll be the last one standing in our group the more I've seen the painting as a challenge to embrace what might be.  It's weird to be told that time after time.  Especially when I've so often been the most sickly.

No matter.  You reach a point where enough leave-taking and grief find you so you just say, Okay.  You live and breathe and move until you don't.  I've lived a lot of my life like this lion in many other ways. So now this one too.

Three weeks ago I asked via his daughter for an okay on sharing the following story.  I got a thumbs up.

Most of the characters I'm writing about have been around for a very long time.  One of them, who has always wished to be the epi-center of the story is named Carter.  For a long time he was a little boy and then he was a fireman who played pick-up ice hockey games.  Once he made the shift to a thirty something male having trouble crying over the death of his step-father my now departed friend started bombarding me with emails any time I shared drafts of how things had evolved.

actually - though this part wasn't approved in advance -  those emails have occurred on and on through the years any time I've circled back to these people.

and it wasn't true so I kept saying no.

and then near the end of rick's time here I had seen someone in passing who seeded a brand new character.  Somebody who would be very close to Carter.  Started writing the character based on a 20 second sighting of someone who looked very different the next time I saw him.  and then the next two consecutive times.  As in - I'm not exaggerating - every time I saw him he appeared to be 2 or 3 inches shorter than he'd been on the previous occasion.   And otherwise his energy seemed nothing like I'd felt it to be the day I thought to myself "so he's a character in the book, okay.  I think I'm gonna call him Trevor."

(for people who have ever watched television in the 90's and re-runs since it was exactly like the Seinfeld episode where Jerry dates a girl who looks radically different depending on the lighting.  Only this didn't swing between pleasant or unappealing it just kept getting progressively more ... non-descriptively unappealing.)

So in my head I had erased Trevor's origins and just worked from my assumption that the only thing that might hold Carter's vacilating attention span would be a guy entirely sure of himself who made zero apologies for who he was.  But was normally sufficiently charming or knowlegable to be perceived as a people person despite pragmatic evidence suggesting otherwise.

who was this person?  they seemed really super duper familiar.

I thought Carter would be best served by somebody very close to his own age but also entirely different and so "from out of nowhere" I decided well this guy ought to be a double aquarius.  And by then it was - what.  A month ago or 6 weeks at most?  And I knew pain was winning over smiles a lot of the time so I sent a text:

you are definitely not nor have you ever been Carter.  But how do you feel about becoming a guy who grew up in NH militia country utterly cut off from the normal world until he joined the marines at 18?  He is destined to marry Carter and be legit happy in whatever form possible is that good enough??

about an hour later I got a reply dictated to his daughter who'd read him mine.

I'd like him to have two failed marriages before he figures out why.  Thinking they should both be out to lunch about how real it is.  Have them get married really quickly for something specific they believe to be the reason but other characters and readers will see through it from a mile away.

[eta:  the only plot-worthy/realistic way I've been able to account for two failed marriages was such an enormous additional trauma (ptsd vet marries clinically depressed first responder) for the character that I also deemed it unnecessary emotional upset for readers inclined to such things without wishing to experience more than is absolutely necessary when reading for escapist purposes.  The second marriage being the only marriage contains more than enough 'material' for both the relevant characters and readers.  Also I thought it was an insult to the intelligence levels of both characters to have them be unaware of much of anything that other characters and readers could detect without actively trying.  So they know more than they don't becaue the drafts where they didn't just did NOT work ... but I'm trying to make it somewhat charming rather than 'how does this fit with the rest of their personalities.  it doesn't.  so why does it need to be happening? it doesn't.' ]

So... a gift of inspired collaboration that has thrown everything else asunder there in the Other Place of fictionland.   From a man who was once a sixth grade boy repeatedly sent to the cloakroom when he couldn't control his strange rocking caws of laughter.

Electric warriors don't just leave the building.  They kick the door down on their way Out.