Life has become a new thing.  I'm glad I'm able to say that even though this particular new thing is unknown to a large degree.  In some ways it's defined by the old things I'm inclined to keep.  Or in this case, complete and then keep.  I know exactly what I want to do with this.  Made in a Jude class that had hearts in the title.   I also made this in the same class: 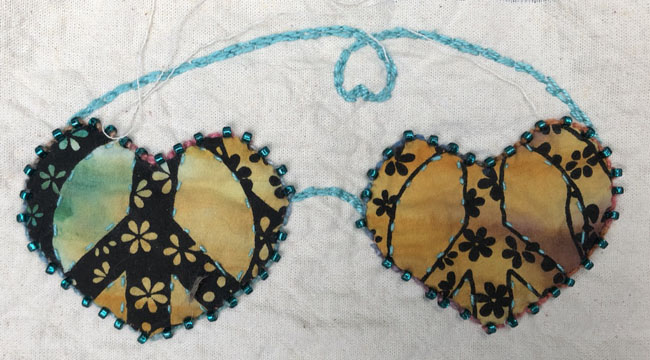 these psychedelic sunnies were inspired by this: 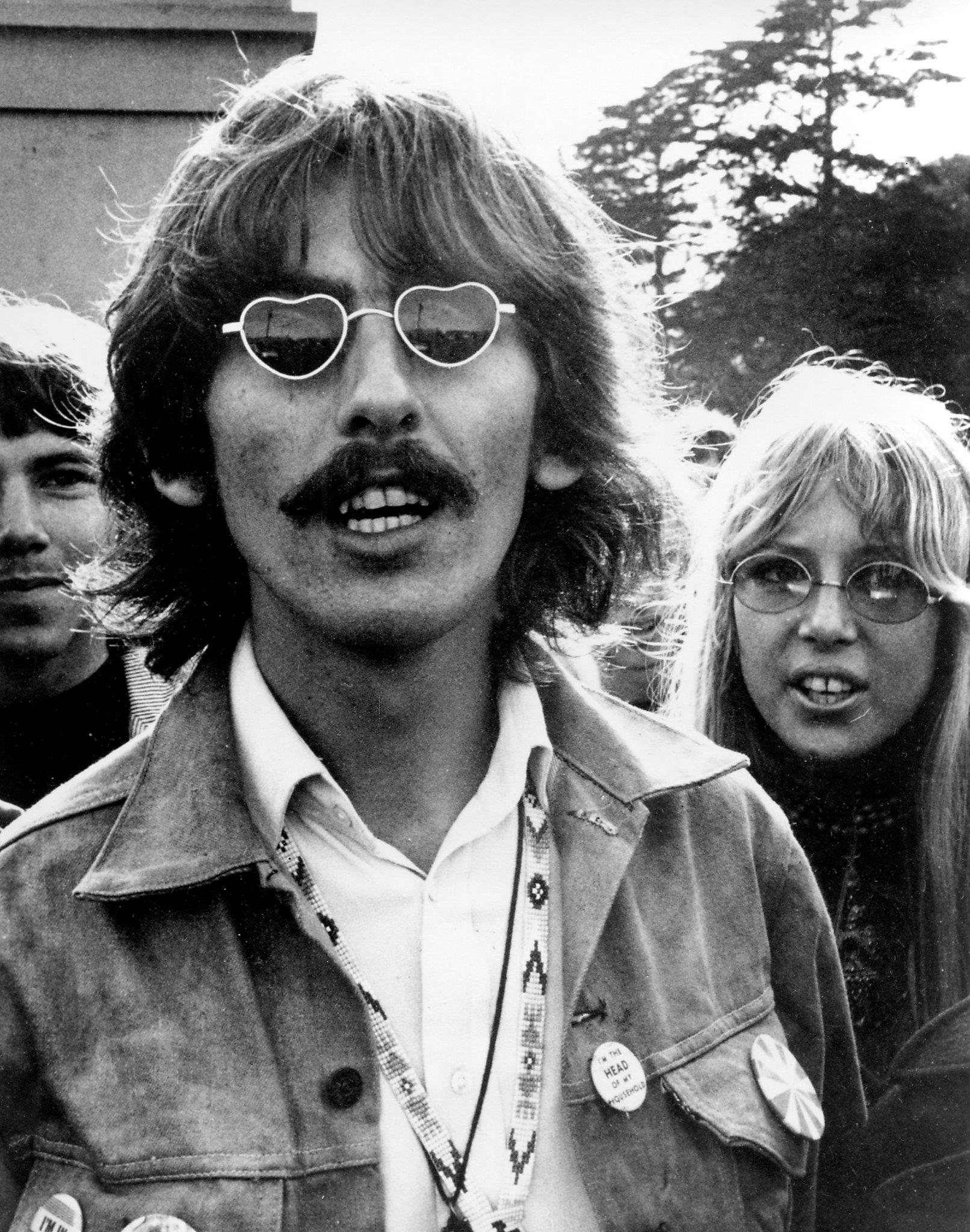 and now that J works from home and keeps misplacing his special working mode spectacles, I'm going to to use the motif as can't-miss-it-embellishment on the case I'm going to make for those glasses.

Instead of overdosing on news articles I've been spending the heat wave experimenting with getting more detail shots from some of my art quilts.  This is a detail from Gaia Heals Herself.  Considering gift giving in the coming season(s).  What will it look like?  I thought about printing postcards to bundle with other little trinkets that are useful and fun to share.  Really like the idea of generosity large enough to spread bits and pieces of our special personal treasures here and there.  Placed into new context and sparking unknown creatives to make something new of their own. 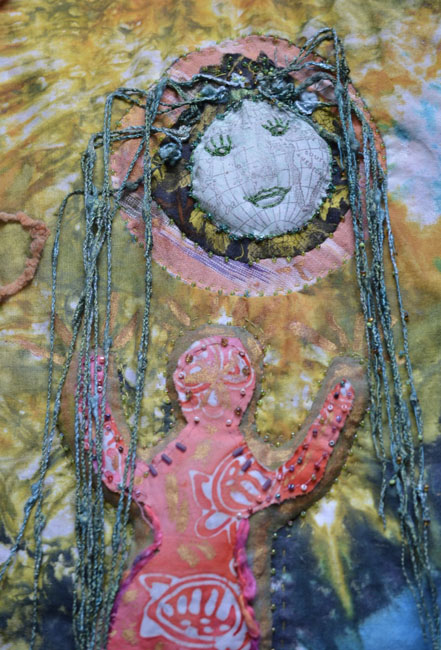 As current events give us an opportunity to consider female power and potentiality I've been looking at a book that's new to me.  And I really love it. 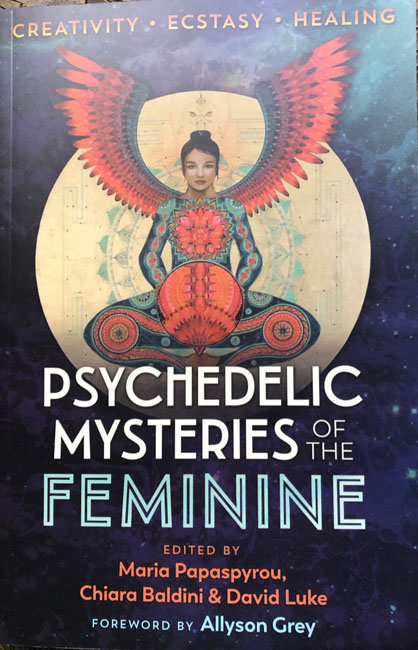 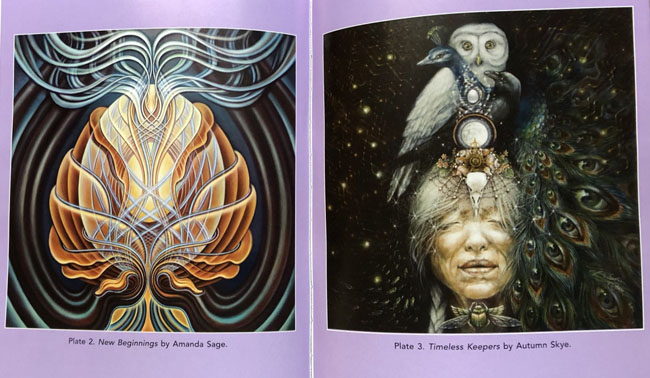 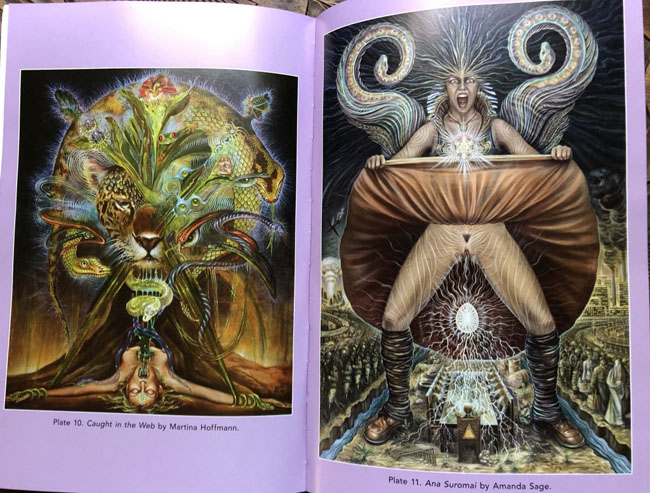 Wish there was more artwork.  The essays I've looked at so far have been nourishing and thought provoking.

The plentitude of electrical storms have put a huge crimp in my stitching plans.  There's only so many times I can stab myself with a needle or drop a really sharp scissors on my bare foot before it starts to feel like a losing proposition altogether.  I want to be near cloth and thread, though, so I've been going through stuff, again, to see what might be bundled and re-distributed somehow.

The other day I wrote on my main blog about how much trouble I had not going to garden centers and greenhouse throughout the spring and early summer as I normally would have.  Have also had a lot of trouble not redistributing books, clothes, creative supplies, and so forth.  It isn't, for me, about de-cluttering it's about the redistribution of energy.  Something wishing to re-create its own relationship to sharing.  Not to mention discernment. 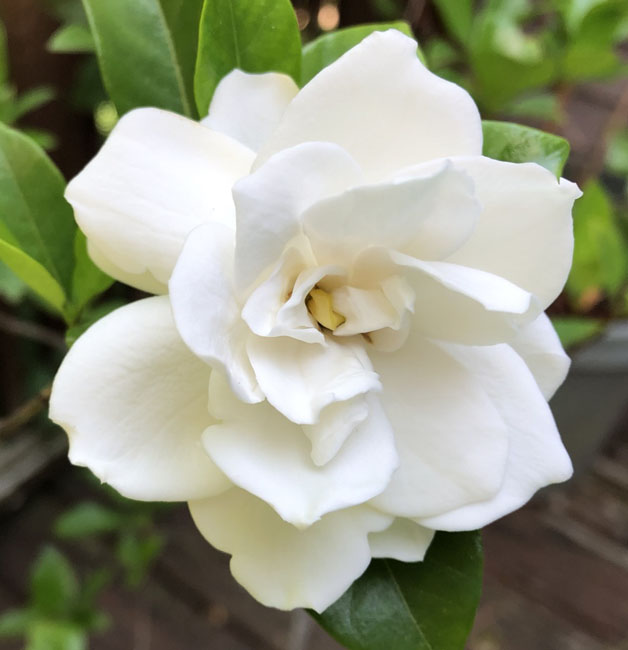 your close-up shots of cloth are a wonder ... especially the turquoise and red heart, which feels full to overflowing

Thank you, Liz. These were the lucky flukes after many months without the camera in my hand. Want to get back in shape by thoroughly documenting my fiber arts and quilting projects.

The eye-lashes of Gaia...sparkly! Love the pure-ness of the white flower!

it's a gardenia. They bloom on a potted bush on the desk and perfume that whole side of the house.