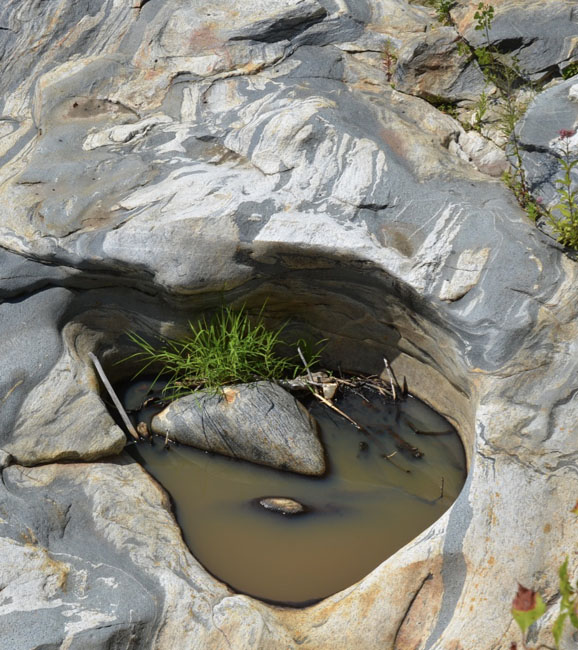 Also of interest in Shelburne Falls.  Seriously.  Stand still with me and look. 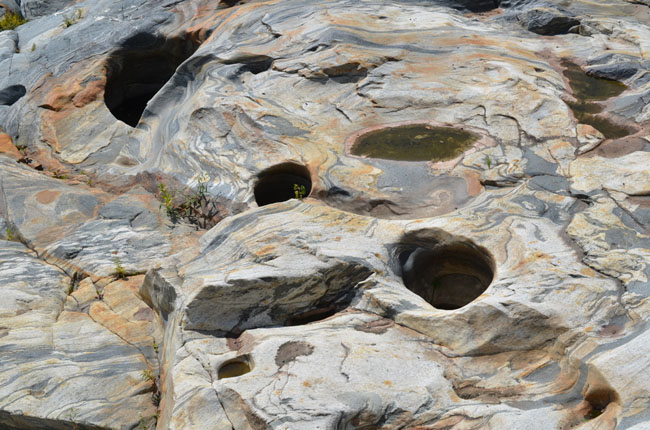 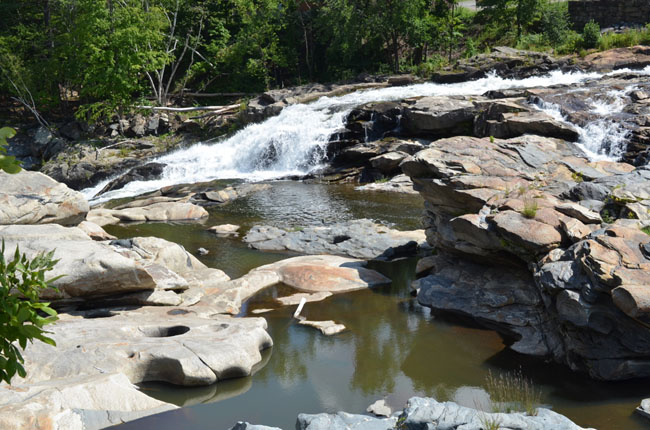 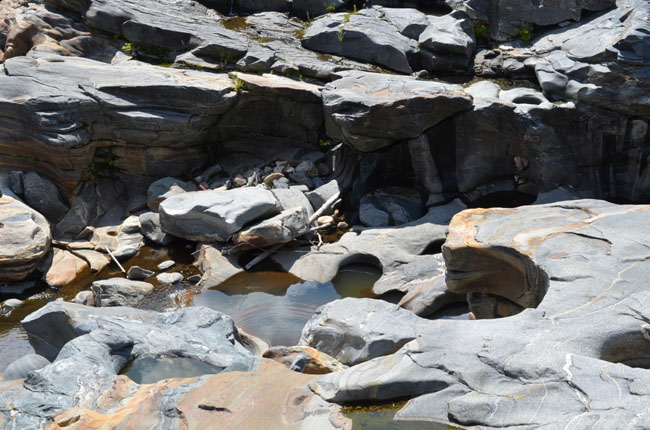 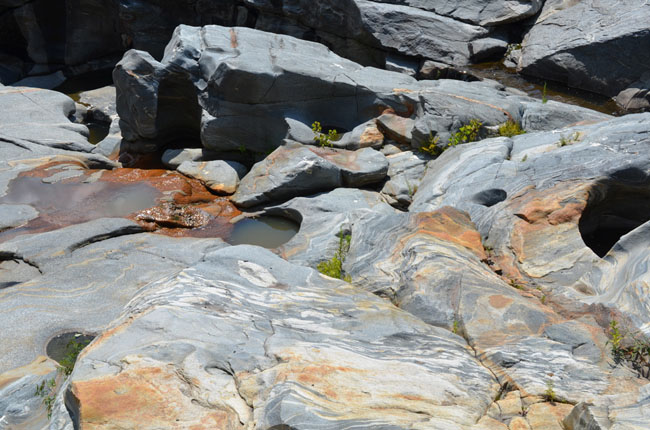 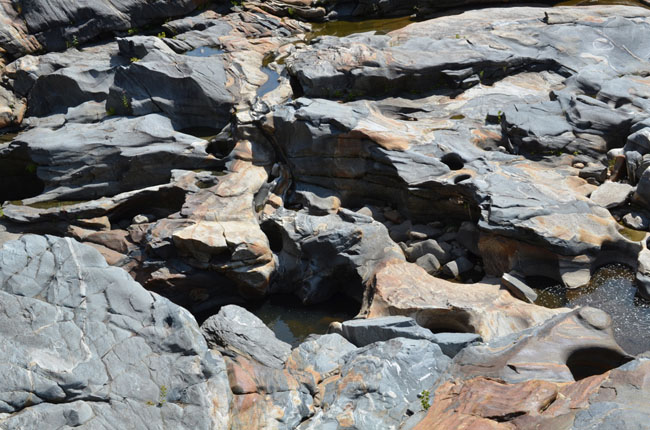 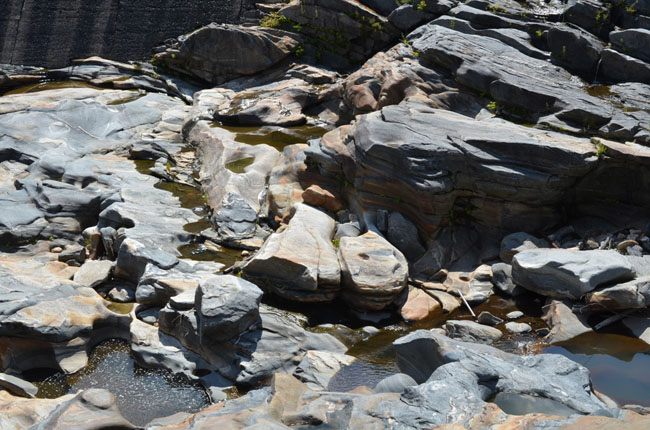 Posted at 06:44 PM in cohesion amidst chaos, purposeful excursions, speaking of stones, stand still with me, water Ways | Permalink | Comments (8) Today Mama Cat and I walked down to the little stream that cuts through the northern edge of our property.  The wellspring is further up the hill where we live.  From our place the water passes through a culvert.  It reappears as a spring in the barnyard of the farm across the road.   Shortly after the vernal equinox the water rises all the way to the top of the banks and it moves with a thunderous roar.  During the summer, especially in a drought year, the bed is all but empty.  This year I really wasn't sure what was going on because a ginormous chime of Carolina Wrens colonized the wild roses that line the slope down to the stream.  I declared the area off limits to human traffic until the rose leaves started to drop from the cold.  Today was the first time I've visited the water in a close-up way since late Spring. 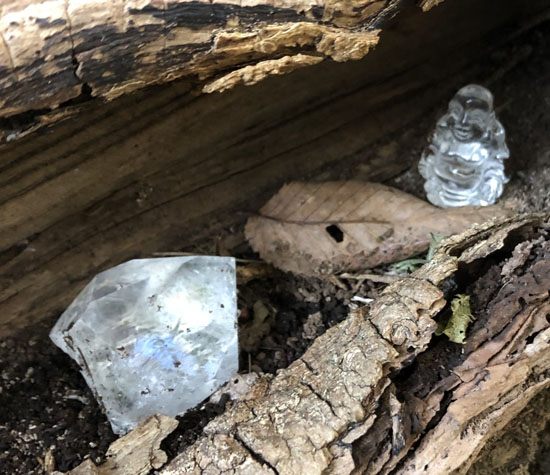 Crystal water guardians have been in place since our first Autumn. 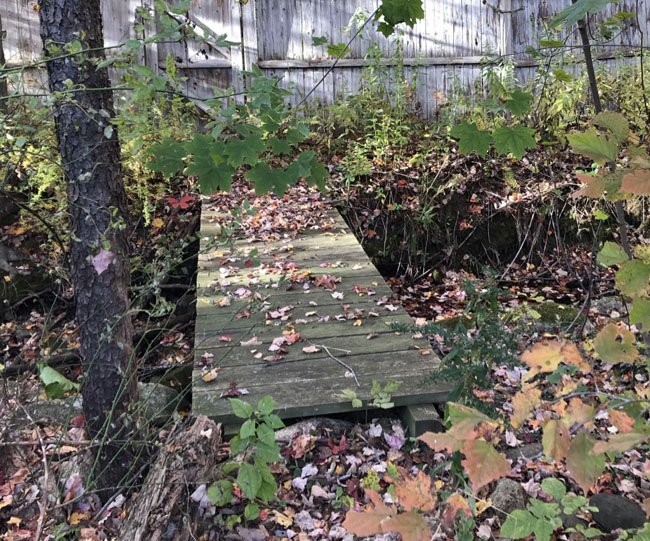 J. replaced the original (badly rotten) bridge the second or third year we were here.  Now it's nicely weathered. 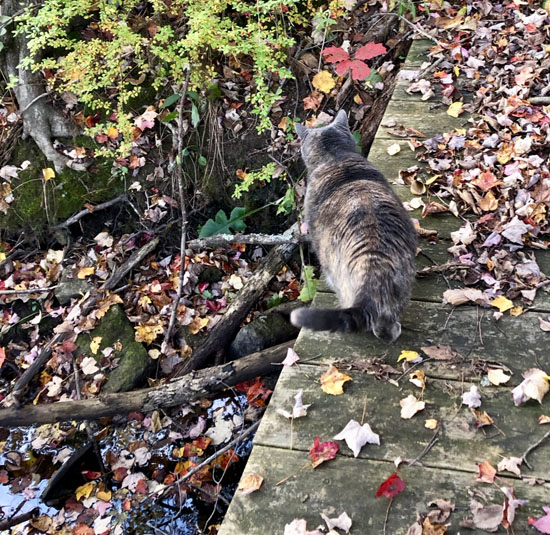 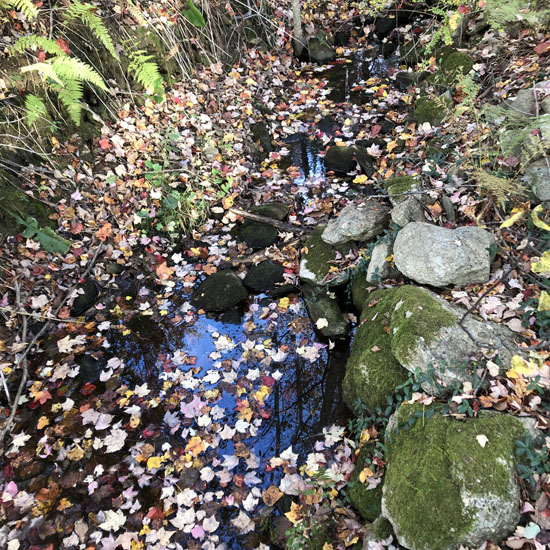 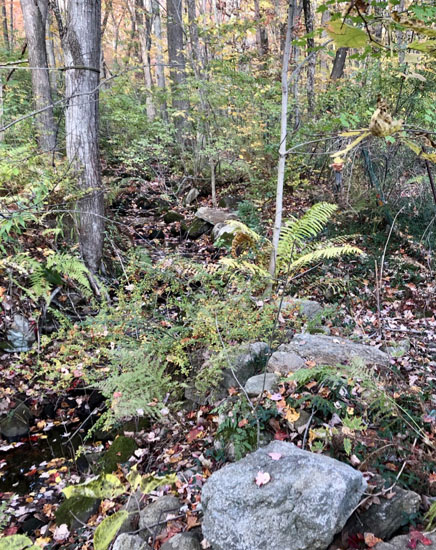 So many leaves you have to look closely to see where the water flows ...

Posted at 10:59 PM in autumn, cohesion amidst chaos, seasonal shifts, speaking of stones, trees are the answer, walk with me, water Ways | Permalink | Comments (5)

what we set in motion 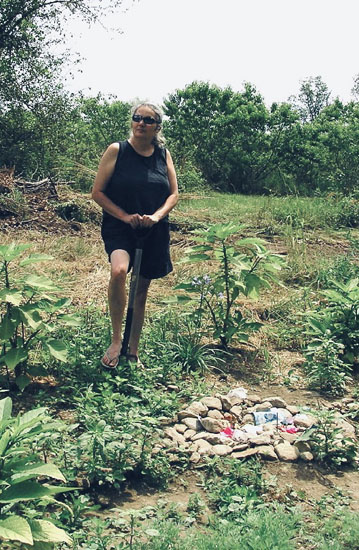 In the Spring, Summer and Fall of 2005 I had the good fortune to keep a garden specifically for essence making purposes.  It was located on the outskirts of a CSA growing space at the top of a hill in the town where I used to live.  I worked in (and passively communed with) this Place at least three times a day - more if I was actively preparing essences.

Above I stand tall and happy at 45; tending to the stone heart at the center of the garden.  It's filled with gifts of gratitude and love from the original human Friends of Sparkling Lotus Ink - these particular talismans offered specifically to the wild soul of Gaia and the medicine spirits of the landscape as well as flowers growing in that space. This is the same space a few months earlier, marked-off for me by the CSA's general manager.  I created the stone heart altar space in the center and a few days later made lines of stone to turn the heart into the center of a sacred compass pointing towards the four directions.  With ease of writing the name over and over in mind, I called this space SL2.  Meaning it was the second garden in which I had prepared Sparkling Lotus flower essences.  It was also the first from-scratch garden space where I introduced myself as nothing more than willing hands and feet.

Of course, as the years roll on it becomes increasingly clear that this was my aspirational goal rather than an ongoing fact.  I had plenty of self-oriented intentions and attachments to outcome.  Many of which I hadn't consciously considered until they bloomed full force. The garden itself scattered potent seeds of fundamental truth about myself/perception in a way I was able to accept and work with in an ongoing manner.  Flowers taught me, virtually every time I looked at them, how to look deep within the BE-ing of all sentient lives just as they're lived. Incorporating this awareness successfully enough to set a strong taproot did not occur over the course of this magical moment of stop-time personal Ascent.  But it did first bloom there in a sustained and ultimately sustainable way. Above the bed is fully planted and beginning to grow into itself by my birthday at the end of June.  This is the space where Grace's beloved Joyous Warrior was born.  Sometimes, as is evidenced in the picture at the end of this post, I would bring plants in pots from my home garden so they might absorb the hillside's atmosphere a week or so before I gathered their flowers for inclusion in an essence bowl.

Below shows the signal-sending changes I made to Donna's sign long before there was anything else beyond the patchwork stone heart in the center of the bed.  Note the small collection of stones and feathers (below the sign to the right) offered by other humans who quite early on felt themselves drawn to this work and finding ways of becoming an active part of it. 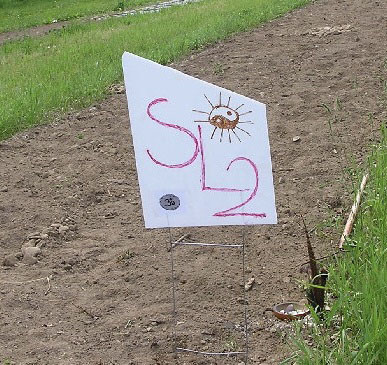 There's much to share about this very auspicious place and time from the most illuminated aspects of my personal history.  As collective instincts urge us to gather in order to to contemplate and honor Story & Life lines of ongoing meaning to us, this is the part of my own story-life that I'm most compelled to tell.  This is my contribution to the larger gathering of Beginnings we're all beginning to redefine and reconsider.  It's also a very specific visual arc illustrating how a thing quite literally gets set in motion:  Deliberately and by conscious choice.  Perhaps most amazingly to me, this post is also about my learning how my life's dearest wish as a tiny girl became the actual course I've followed with dogged determination; even if it seemed a lurching and perhaps entirely imaginary journey many times over the years.  And yet that's not at all what it's been.  It's been an ongoing act of sentience finding its way to a place where life is lived as just one of many species. 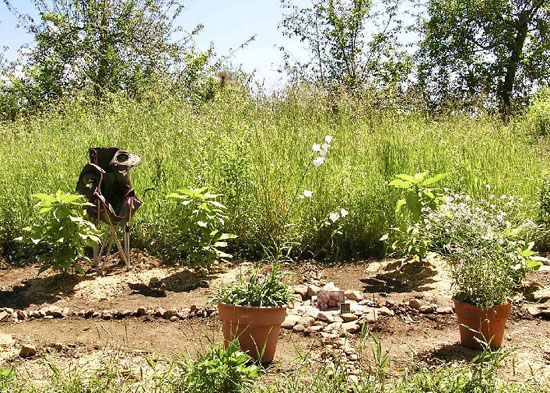 Posted at 02:37 PM in always choose joy, cohesion amidst chaos, field wonderings, gardening with purpose, Hosannas to the Hillside, how to make a flower essence, life's special blessing of restrospect, making something new, SL2, speaking of stones | Permalink | Comments (7) 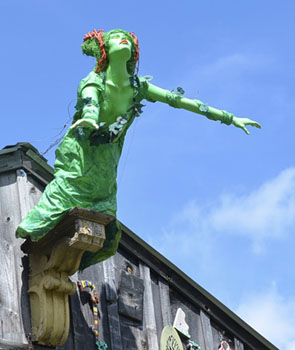